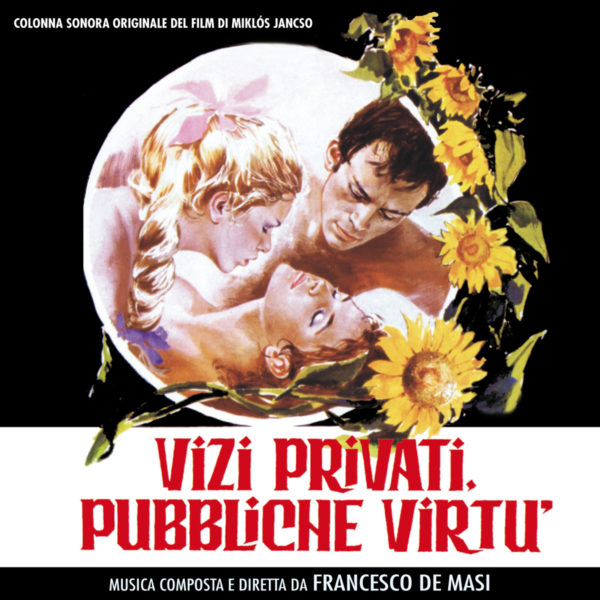 Our program of Francesco de Masi’s score actually begins with “Dedicated to love”, the cue written for the climatic lovemaking scewne and is followed all the quirky bits that translate Rudolf’s madness into music. Listeners could catch glimpses of Austrian and Hungarian marches, plus a surprise appearance of the nursery rhyme “Baa Baa Black Sheep”! We also present many of the bizarre marches performed by the omnipresent court musicians.

The score had been previously released only on a very hard-to-find LP, contains a selection of 30 minutes. LP. This CD contains all of de Masi’s enchanting music with alternate takes never heard in the film or on disc!, courtesy of the Beat Records vaults. A 20-page colorful booklet includes rare and titillating stills, plus liner notes by Gergely Hubai who discusses the film, its historical inspiration, the composer and his score.