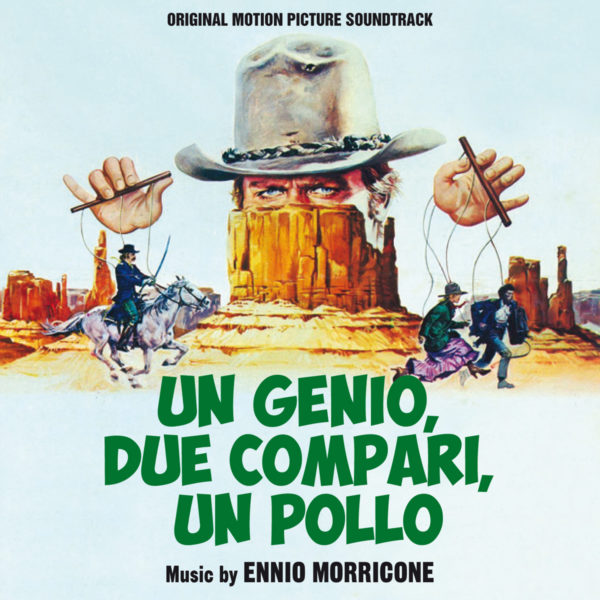 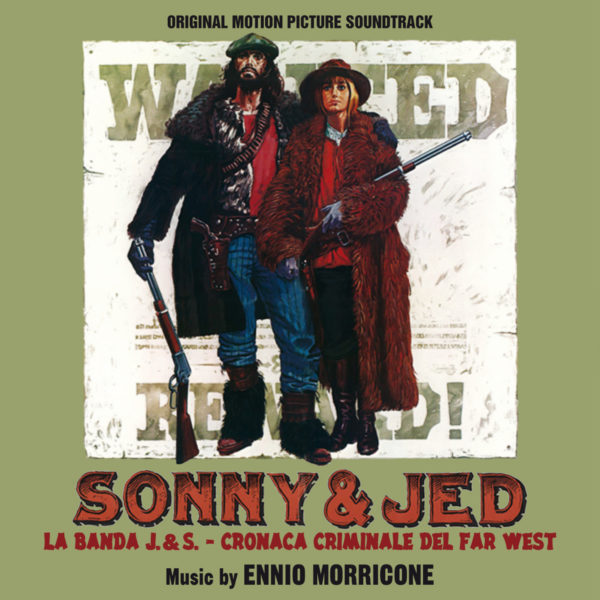 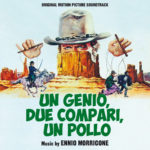 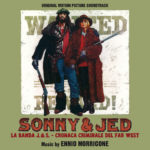 Remastered reissue with two long out-of-print and hard-to-find Ennio Morricone pop comedy-western scores, composed during his final period of work in the genre.

Un genio, due compari, un pollo (aka The Genius) was produced by Morricone’s long-time partner Sergio Leone, directed by Damiano Damiani (L’isola di Arturo, Confessione di un commissario, Quien Sabe?) and starred Terence Hill and Miou-Miou. The score composed and conducted by Ennio Morricone is among one of his best efforts for the genre, full of different leitmotifs and themes, including the cue “Cavalcata…Per Elisa,” one of the most bizarre and remarkable pieces of music created by the Roman maestro.

Both scores have been previously issued on LP and CD (The Genius from the Hexacord label, and Sonny & Jed from Digitmovies), but each sold out quickly and has been out of print for years. Now, full remastered by Claudio Fuiano and Daniel Winkler from first-generation master tapes (courtesy of Sugar) these two essential westerns scores are reborn. The package includes a 16-page full color booklet with liner notes and a detailed cue-by-cue analysis by Randall D. Larson.