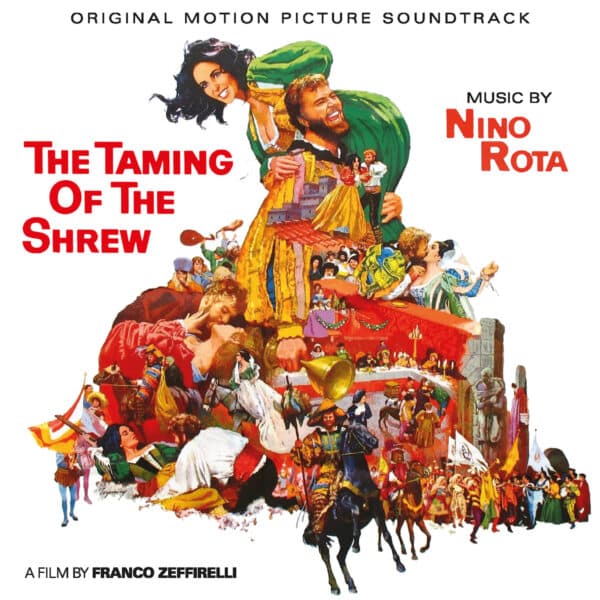 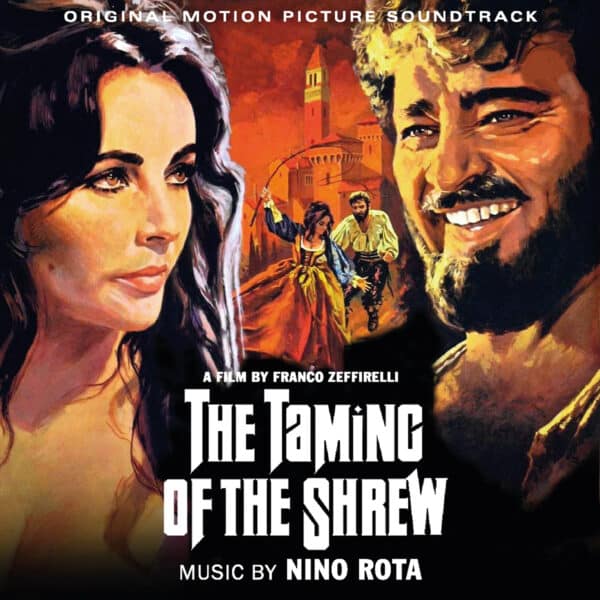 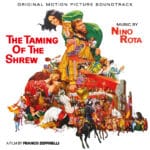 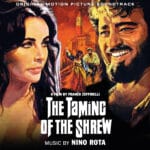 The Taming of the Shrew (2-CD)

Although they had previously collaborated together, precisely on two adaptations of Shakespeare plays at the Old Vic Theater in London, The Taming of the Shrew was the first film collaboration between Rota and Zeffirelli, affording the composer the opportunity (as he had had with Visconti some years before) to show his symphonic side rather than the more popular music heard in his famous scores for Fellini. The brilliant, charming music of The Taming of the Shrew abounds in attractive themes and motifs, memorable and sufficiently malleable to be subjected to extensive variations in color, mood, and even counterpoint. Rota demonstrates the chameleonic nature of his themes in the ways he shades them to cover the vast array of Shakespearean emotions in the film.

The score of The Taming of the Shrew has been released several times before, including an LP from RCA that featured dialogue and a little bit of Rota’s score, and on CD at least three times (in Italy, USA and Japan). All these previous releases were mastered from mono stems, with some abrupt edits, although of course it was the only way to enjoy this wonderful score … until today! For this 2-CD set, Chris Malone has worked his magic, rebuilding everything from the ground up using new mono elements recently discovered in Italy. We have also included the album mock-up prepared by Rota in 1967 that was never released (it was replaced by the RCA dialogue LP). The Rota album is interesting because it includes some different versions or alternate takes to those included in the film. Disc One, with the complete score, has been slightly expanded vis-à-vis previous editions. It is presented in the original mono mix, without fake stereo reverb. The entire project has been supervised by Claudio Fuiano.

The package comes with detailed liner notes by Frank K. DeWald that discuss the film, the score and the Rota/Zeffirelli/Shakespeare collaboration.

DISC ONE. The Film Score