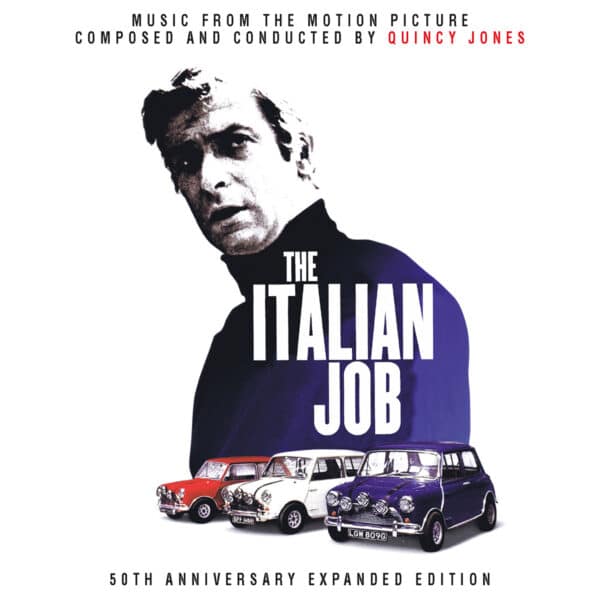 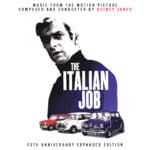 Quartet Records, Universal Music Group, Geffen Records and Paramount Pictures celebrate the 50th anniversary of the iconic 1969 British comedy caper movie THE ITALIAN JOB with an expanded edition of the killer score by Quincy Jones (IN COLD BLOOD, IN THE HEAT OF THE NIGHT, THE HOT ROCK).

Written by Troy Kennedy Martin, produced by Michael Deeley for Paramount Pictures, and directed by Peter Collinson, the film stars Michael Caine in one of the most famous roles of his career, joined by Noël Coward, Benny Hill, Raf Vallone, Rossano Brazzi and Margaret Blye. It tells the story of Charlie Croker (Michael Caine), the leader of a cockney criminal gang released from prison with the intention of doing a big job in Italy to steal gold bullion from an armored security truck.

Although it was a weird decision to hire an African-American jazz musician and composer for such an intrinsically British film, the choice of Quincy Jones proved a triumph. He provided a catchy, intrepid score, including the hit song “On Days Like These” (lyrics by Don Black) performed by Matt Monro (whose album version of the song was produced by George Martin). Also popular was the song that appears during the climatic Mini Cooper car chase, “Getta Bloomin’ Move On!” (usually referred to as “The Self-Preservation Society”), also with lyrics by Don Black.

For this anniversary edition, we present the original album completely remastered from original tapes, courtesy of UMG, with crisp, clean sound mastered, for the first time, in its correct stereo format (in all previous editions, the channels were reversed). Besides the original album, we have added the original score as heard in the film, including cues not featured on the LP as well as others that present different recordings or edits, all from mono elements courtesy of Paramount Pictures (comprising mono session tapes, stems and electrovox sources). Finally, alternate versions of the song performed by Matt Monro, and the single versions of Monro and Lou Reizner (arranged by Jones himself) are included as bonus tracks.

This collection has been restored and mastered by Chris Malone. The 24-page full-color booklet contains liner notes by film music writer Jeff Bond.