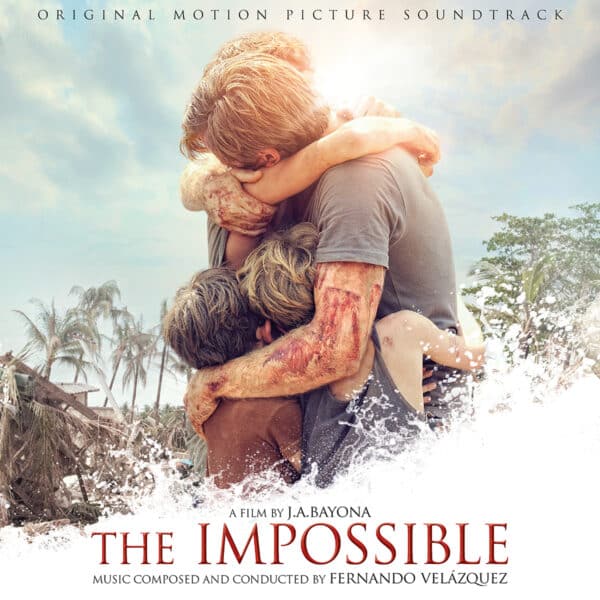 The expected new collaboration between J.A. Bayona and Fernando Velázquez, after their great success with The Orphanage in 2007!

The Impossible tells the story of the terrible tragedy that took place in the Indian Ocean in 2004, when a devastating tsunami killed 230,000 people. A Spanish family, consisting of father, mother and three children were there, and all managed to survive and gather a few days later.

The music composed by Fernando Velázquez (Devil, Garbo, El mal ajeno) is the silent witness of the history, a powerful sustitute for words. Velazquez has written a harrowing, incredibly emotive score where feelings, love and death, are raw and sincere and devoid of any sensationalism.

Recorded at Abbey Road Studios and performed by The London Metropolitan Orchestra & Kup Tadea Choir under the baton of the composer, this is undoubtedly one of the most emotional and sincere scores of recent years.