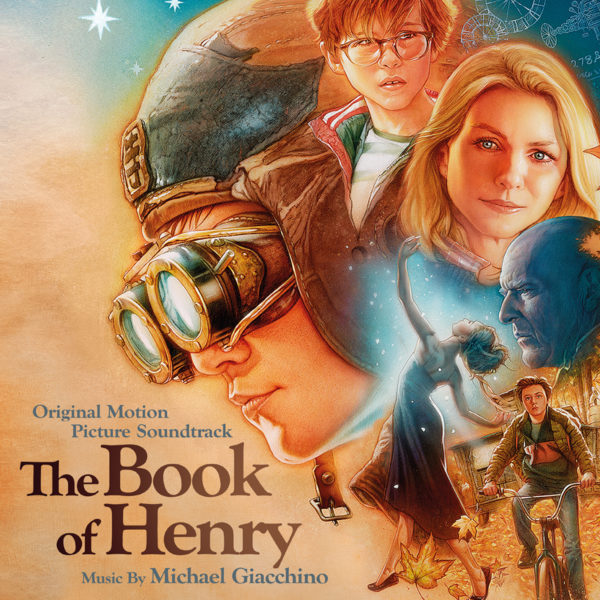 The Book of Henry

Quartet Records, Backlot Music and Focus Features present the premiere CD edition of the haunting, moving score composed by Academy Award winner Michael Giacchino (Up, Ratatouille, Jurassic World: Fallen Kingdom, Rough One: A Star Wars Story, Star Trek Beyond) for Colin Trevorrow’s drama THE BOOK OF HENRY (2017). The film is about a single mother (Naomi Watts) who sets out to rescue a young girl from the hands of her abusive stepfather, helped with instructions from her genius son’s carefully crafted notebook.

Michael Giacchino wrote an intense, emotionally powerful, highly inspired score, including a main theme which is among his best. The music was produced by the composer, orchestrated by Tim Simonec and recorded at Abbey Road in London with orchestral sessions under the baton of Ludwig Wicki.. Mastered by Patricia Sullivan at Bernie Grundman Mastering, the album includes the original song “Your Hand I Will Never Let It Go,” performed by Stevie Nicks.