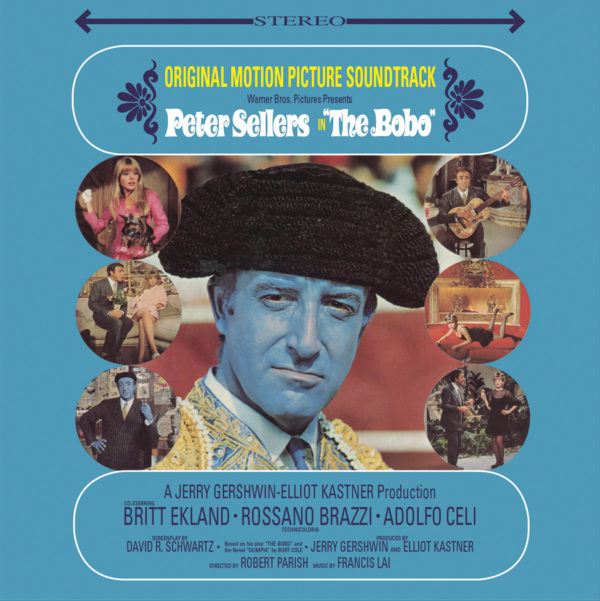 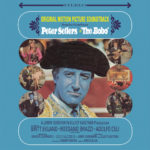 Once you’ve seen one singing blue matador, you’ve seen them all! Or have you? Warner Bros’ movie marked the dream match-up of husband and wife team Peter Sellers and Britt Ekland, made shortly before their divorce. Ekland stars as a naive beauty who gets her way with men – and her latest dream is a sports car! Sellers is a singing matador who can catch his big break if he beaks the girl’s heart. But will he be able to do so?

The powerhouse soundtrack of The Bobo was written by Francis Lai shortly before his Oscar-winning success of Love Story (also available from Quartet Records.) The Bobo capitalizes on Lai’s undeniable talent at writing infectious tunes, including two songs recorded especially for the album. The assembly also includes two brilliant songs composed by George Martin (The Fifth Beatle himself) and performed by Sellers in character as the Singing Matador!

Mastered by Chris Malone from original album masters courtesy of Warner Bros. Records, the 8-page booklet contains liner notes by Gergely Hubai discussing the movie, the composer and its music.