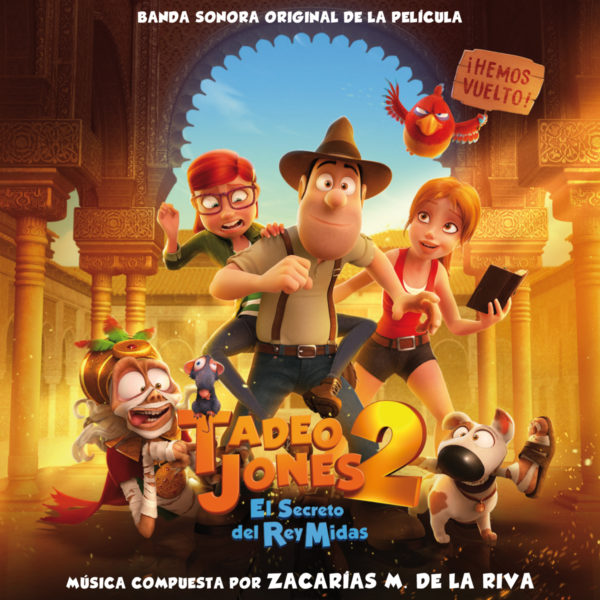 For this new score, full of action music, wonderful melodic themes and refreshing orchestration, Zacarías has had the challenge of revisiting the main themes already written for the first part, while composing a lot of new music for the new situations and characters, including a beautiful love theme. In addition, new leitmotivs have been created for all-new characters: for Midas and his legend (“The Legend of King Midas”), for the temptation provoked by the necklace (“The Tomb of Midas”), for the evil Rackham (a 4-note motif heard in “Rackham” and “Starter Titles”) and for Mummy (“Under the Alhambra”).

It’s fun to note that the score includes a small tribute to John Williams’ score for Indiana Jones and the Last Crusade, Indiana Jones being a character with whom Tadeo Jones obviously has a lot in common.

The music is performed by the Bratislava Symphony Orchestra under the baton of David Hernando, recorded, mixed and mastered by José Vinader.