View cart “Ull Per Ull” has been added to your cart. 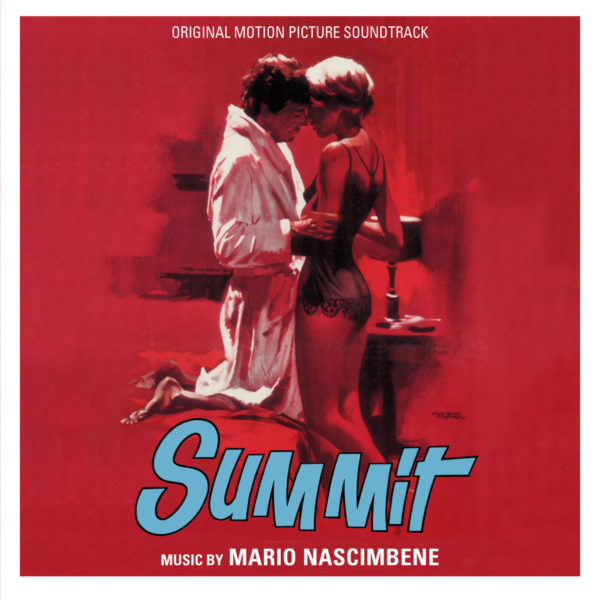 Quartet Records presents the premiere release of the tuneful score by Mario Nascimbene (La ragazza con la valigia, The Vikings, Solomon and Sheba, I Mongoli) for an obscure French/Italian co-production.

The score by Mario Nascimbene is quite atypical of the composer who is best-known for his more experimental scores, Biblical and historical epics or his Hammer scores for caveman adventures. Summit is in fact a very tuneful, spy jazz flavored scores with two major recurring themes and a bilingual theme song performed by Jula De Palma. These songs were originally issued on 45 RPM single by Parade, but most fans got to hear them on the compilations like “Women in Lounge” or “The Best of the Italian Film Music”. Although these songs became quite well-known among collectors, Nascimbene’s score hasn’t been released – until now.

Quartet Records is proud to present the CD premiere of this score which contains the usual assortment of bonuses, including a very special extra: a demo recording of the alternate main theme with lyricist Duilio Del Prete performing a politically-charged theme song for the film. Mastered by Claudio Fuiano from the first generation stereo master tapes, the richly-illustrated, 12-page booklet features liner notes by Gergely Hubai, who discuss the film, the composer and the score alongside many beautiful stills.