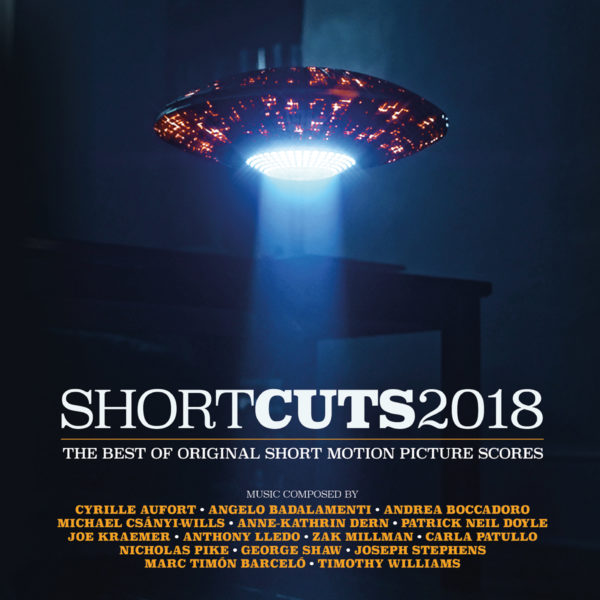 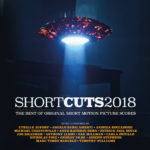 Quartet Records presents the CD release of the MovieScore Media digital release of Short Cuts 2018, a collection of scores from short movies. Composers represented on this album range from industry veterans like Angelo Badalamenti (The Comfort of Strangers) and Nicholas Pike (Sleepwalkers), via current names such as Joe Kraemer (Mission Impossible: Rogue Nation) and Cyrille Aufort (Knock) and new, fresh talent like Anne-Kathrin Dern (The Jade Pendant) and Patrick Neil Doyle (the son of the famous Patrick Doyle). Represented with the longest selection, and also the cover image, is Anthony Lledo’s award-winning score for the Batteries Not Included-inspired sci-fi short Invaders. Each of the represented composers fashioned a score that successfully encapsulates the essence of these unique stories in a polished musical gem that not only supports the visuals, but is a satisfying listening experience in its own right.

In 2018, the represented genres on Short Cuts include fantasy, drama, horror, sci-fi, comedy and documentary. An interesting trend is that at least a handful of these films got their start from crowdfunding sites, so it’s especially refreshing to see that some of that budget going to recording original scores with actual musicians. Although the tracks themselves have a different feel to them due to the diversity of both the represented genres and the composers involved, we hope this selection of the best short scores from 2018 proves that great film music is still alive and well – sometimes it’s just hiding in the smallest places!

The CD comes with a 8-page booklet, featuring exclusive liner notes by Gergely Hubai discussing each project in detail.