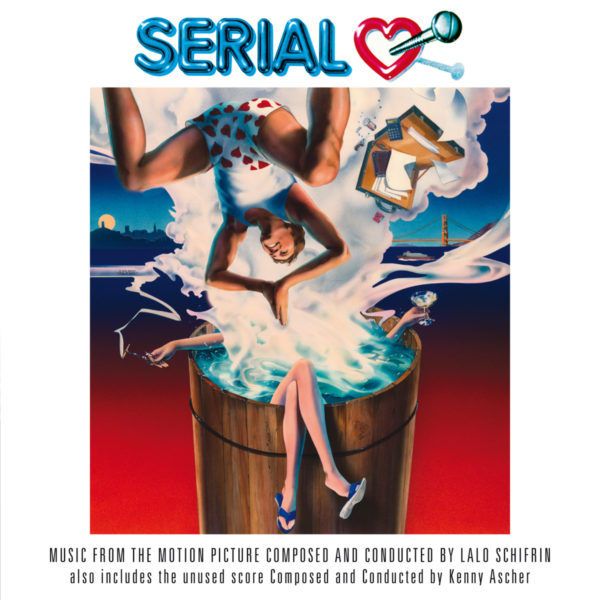 Serial, directed by Bill Persky in 1980, satirized everything annoying and excessive about ’70s hippie culture. The film was adapted from a novel by Cyra McFadden, a picaresque story that centers on a middle-aged, middle-management type who is vexed and exasperated by the strange jargon and alien behavior infecting everyone around him—including his wife and daughter.

Lalo Schifrin provided a stunning melodic score, dominated by the song “A Changing World,” with lyrics by Norman Gimbel and performed by Michael Johnson. This tune is the key theme of a score in which you can find disco seventies music, hippie sitar sounds, jazz waltzes, frantic orchestral chases or a beautiful love theme. A hidden gem in the filmography of the composer!

Curiously, the Schifrin score was not the first choice for the film. Kenny Ascher (two-time Oscar nominated for The Muppet Movie) composed and recorded first a score that was rejected. Ascher’s music is charming and melodic. It is written in essentially the same style as Schifrin’s—in fact, both scores are perfectly interchangeable.

The album has been remixed and mastered from the well-preserved 24-channel multi-tracks, courtesy of Paramount Pictures; the package includes liner notes by Tim Greiving, who discusses the film and both scores.