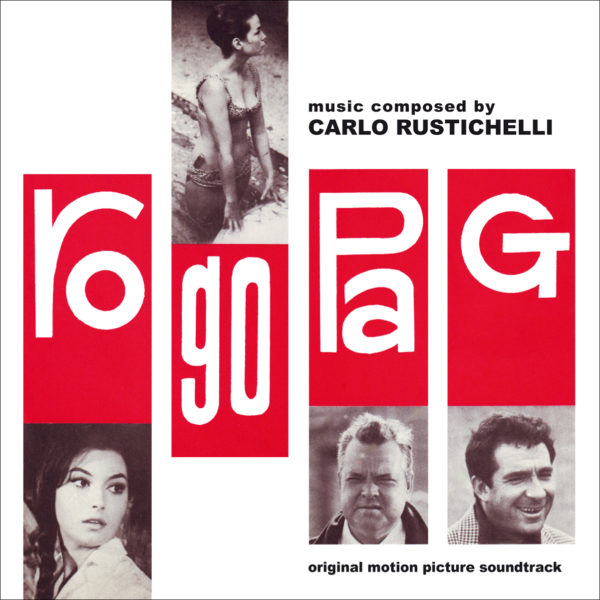 During the 1960s, Italian cinema enjoyed a renaissance of portmanteau films—a  collection of shorts culled into larger productions organized around a common theme. The 1963 RoGoPaG gained its title from the four directors behind the camera: Roberto Rossellini, Jean-Luc Godard, Pier Paolo Pasolini and Ugo Gregoretti. The shorts cover a wide variety of subjects from sexual obsession to consumerism, but arguably the most famous vignette is Pier Paolo Pasolini’s segment about the making of a religious epic.

RoGoPaG had an EP release which featured one version of the connective “Twist,” one track from “Illibatezza,”  the opening of “La racotta” and three tracks from “Il pollo ruspante.” This Quartet Records release features the entire score for the first time, mastered by Claudio Fuiano from first-generation master tapes courtesy of Gruppo Sugar, including a fair share of Rustichelli’s delicious musical jokes. The 8-page booklet includes detailed liner notes by Gergely Hubai , discussing both film and score.