View cart “La Cordillera (2XLP)” has been added to your cart. 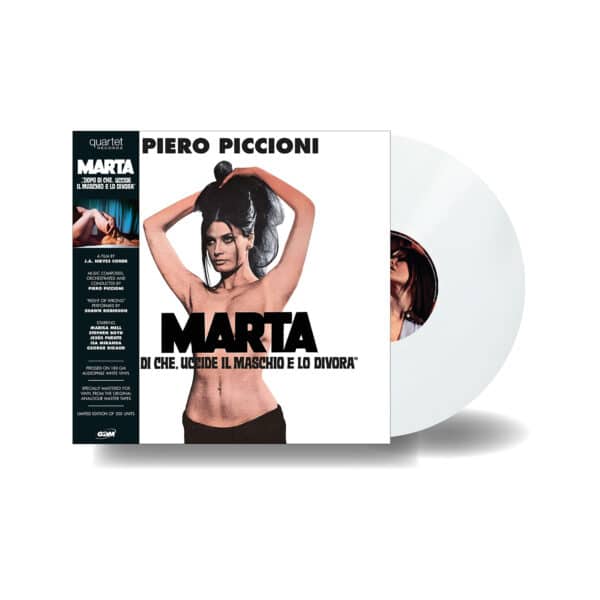 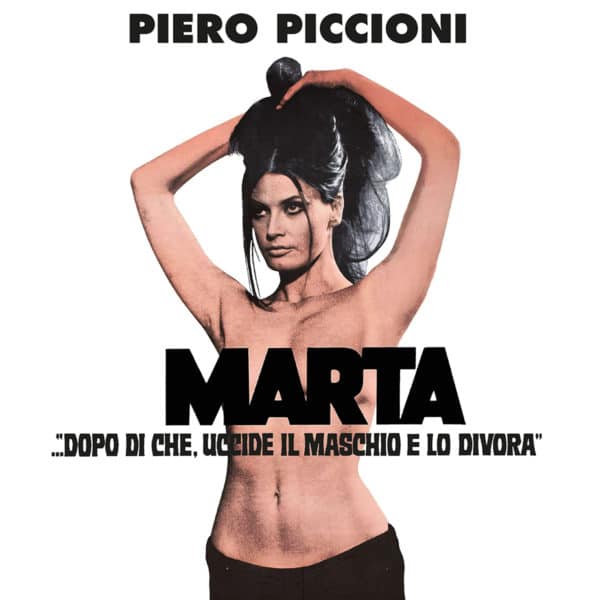 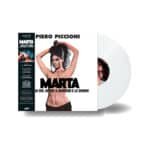 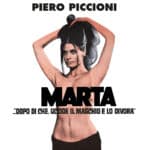 MARTA (aka DOPO DI CHE, UCCIDE IL MASCHIO E LO DIVORA), a play by the Spanish playwright Juan Jose Alonso Millan, was the starting point for the script of MARTA, a film directed by Spaniard José Antonio Nieves Conde in 1971. Produced by José Frade with the Atlántida Films studio in co-production with an Italian company—a typical arrangement at the time—it is a good example of a B film from that period, when actors, technicians and artists from different nationalities combined to produce many genres––suspense, horror, melodrama and eroticism. Many of these films were shot in parallel versions that sometimes altered the story and complicated comprehension by eliminating some key scenes; other times it only meant that the actress came out nude instead of wearing a bra and bed scenes were a bit more daring in one country or another, depending on the censorship. Undoubtedly, one of the great strengths of the film is the presence of Marisa Mell, an erotic diva from that era’s European cinema, accompanied by Stephen Boyd as the psychologically complex Miguel. His character, the sole descendant of a family with a great aristocratic past, now lives alone in a huge castle where he dedicates himself to the collection of insects.

The music was composed by prolific and versatile Italian composer Piero Piccioni, who provided exactly MARTA required: a sensual song, “Right or Wrong,” performed by Shawn Robinson. Accompanying the main titles, it is full of romanticism and mystery that serve perfectly to accompany the characters in their strange and unsettling tale of love and death.

An album mock-up that should be released by General Music in 1971 had been prepared by composer Piero Piccioni, although it was finally cancelled. These 12 tracks were included in a Screen-Trax label CD in 2001, along a selection of tracks from other two Spanish-Italian coproductions: EL OJO DEL HURACAN (aka LA VOLPE DALLA CODA DI VELLUTO) and FIERAS SIN JAULA (aka DUE MASCHI PER ALEXA), all under the supervision of Claudio Fuiano. Now, this original album prepared by the composer is released for the first time, mastered for vinyl from the original stereo mastertapes.