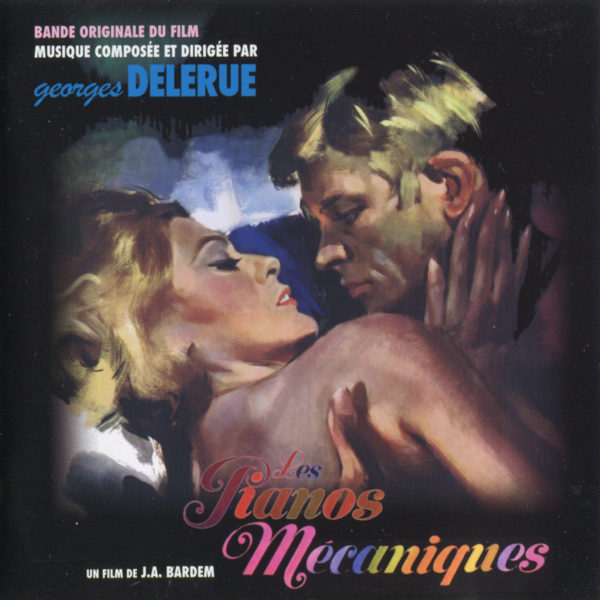 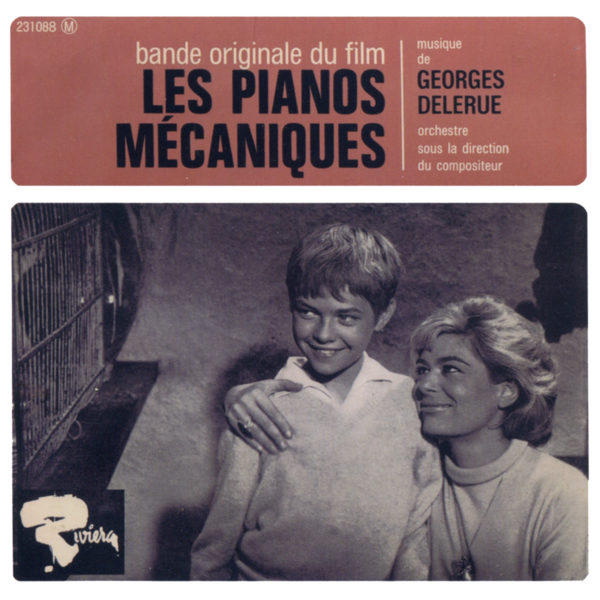 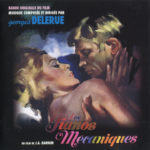 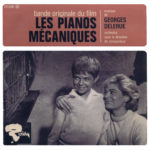 The name of Georges Delerue has become a highly reputed trademark in film music. More than 300 film scores confirm him as one of the most important and original composers in history of cinema. In his prolific filmography, the film “Les pianos mécaniques” (1965) is a piece as atypical as interesting. This strange coproduction between Spain, France, Italy and Germany was directed by Spanish filmmaker Juan Antonio Bardem and starred by an international cast (Melina Mercouri, James Mason, Hardy Kruger). Two years before the shooting of this movie, Delerue had collaborated with Bardem in a previous film, the excellent and always infravalorated “Nunca pasa nada” (1963), a sort of camera piece about the boring life in a small Spanish town in the times of General Franco’s dictatorship. Delerue wrote for that film an intimate and delicate score which illustrated the repressed feelings of the film’s characters, but in the case of “Les pianos mécaniques” another kind of musical approach was required. The milieu described in the film implies a very different side of 60’s Spain: Caldeya, a small coastal town inhabited by tourist and foreigners, a short shining oasis in the grim reality of the period.

The luxurious ambiences and residences in which live the lazy, idle and desidious characters of “Les pianos mécaniques” called for a wide range of frivolous source music. In providing this kind of material, Delerue shows his skills as a gifted composer of jazz pieces and lounge music. But besides this entertaining and richful catalogue of light music, we can also find in Delerue’s score marvelous incidental themes in his most sensitive vein. A cloudy and languid jazz theme accompanies the skeptical love affair between Vincent and Jenny, meanwhile a beautiful guitar melody is the background for the purer teenage love of Serge and Nadine (Renaud Verley and Sophie Darés). An obssesive and disturbing piece composed for barrel organ (in french the “piano mécanique” of the title) appears in several dramatic moments creating a harsh contrast and replying the sentence that Pascal (James Mason) states in the film: “All the barrel organs in the world for all the risible loves, the loves turned to ashes”. Another ironic composition, a dinamic and powerful jazz theme, accompanies Vincent’s arrival to Caldeya as a hint of his false vitality.

Although “Les pianos mécaniques” is an almost forgotten entry in Delerue’s filmography (in part due to the bad reception that film obtained from critics and audience), it remains as a proof of the undeniable talent of the composer. A recording like this makes finally justice to Delerue’s work and, most important of all, allows us to enjoy his unforgettable music.