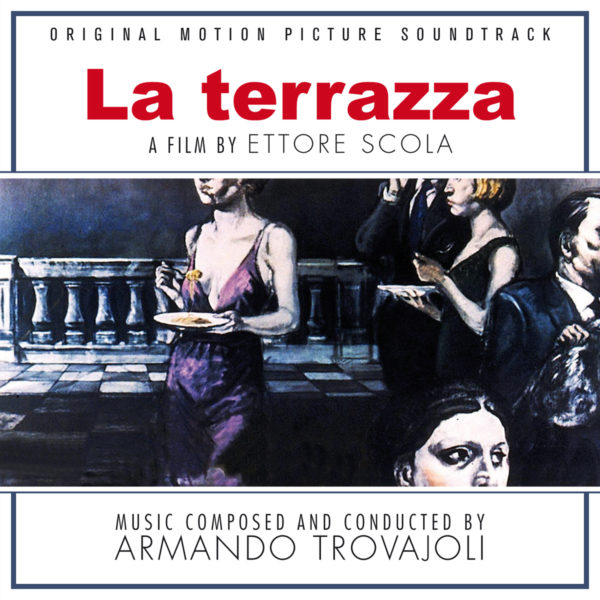 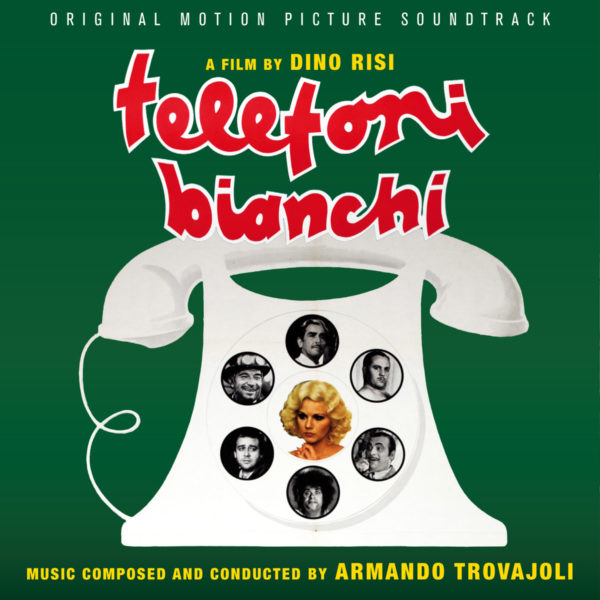 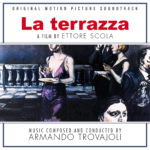 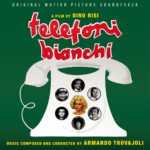 Ettore Scola’s masterpiece La terrazza tells five interconnected stories of people from the elite, including politicians and film industry personnel, tying up its loose ends at a party that takes place on a terrace (thus the title). Soberly written and directed, it stars some of the most prestigious actors of the European cinema of the time: Marcello Mastroianni, Vittorio Gassman, Jean-Louis Tritignan, Ugo Tognazzi and Stefania Sandrelli. The film features a relatively brief score by frequent Scola collaborator Armando Trovajoli. Since it was a film completely dominated by dialogue, the composer provided only three cues: a piano source cue for a dinner, a wistfully nostalgic cue for a montage and a piece for the end credits (which was recorded in three versions)—thus the CD features more music than the film itself.

Dino Risi’s 1976 comedy Telefoni Bianchi is an inspired satire about the rise and fall of a chambermaid whose venture into singing and acting happens to coincide with the rise of Fascism of Italy. Named after a genre of popular Italian films, Telefoni Bianchi is a nostalgic masterpiece with a score to match. Trovajoli’s music builds upon contemporary forms of popular pieces, including songs, marches, jazz instrumentals and even features several send-ups of 1940s Italian film scoring. A colorful collection that has previously only been available on LP now gets a well-deserved CD premiere.

La terrazza comprises the premiere release of the complete score. Telefoni Bianchi features the CD premiere of the LP program, as there were no other cues available for inclusion (track 19 was partially damaged and has been restored from the only surviving master tape). The package includes a 12-page full-color booklet with liner notes by Gergely Hubai discussing both films and their respective scores.