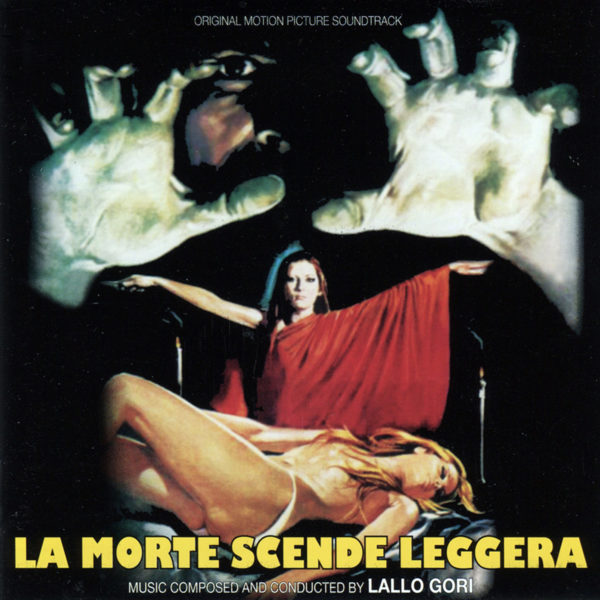 La Morte Scende Leggera stars Stelio Candelli (former star of “Vendetta”) as a drug smuggler who finds his wife dead upon his return. Realizing that he may be the first suspect due to no alibi, he asks his lawyer to hide him until the police can find the real killer. The smuggler is housed in an abandoned motel with his lover, but the first few pleasant hours soon turn into nightmare as the smuggler begins hallucinating and communicating with ghosts whose life eerily mirrors his own problems. Little does he know that he is placed in a trap that would make Hamlet proud.

The music is provided by the underappreciated Lallo Gori, one of the more colorful characters of the Italian film music scene. Quartet Records proud to present this haunting, yet tuneful suspense score that follows the smuggler’s descent into madness. The music is headlined by the song “Sunday in Neon Light” performed by the Mak Sigis Porter Ensemble. Although this song wasn’t written by Gori (it wasn’t even penned for the film), the composer designed his orchestration to match the song and creates a memorable, haunting tapestry of madness, mod and psychadelia.

The 12-page full color booklet contains exclusive liner notes by Gergely Hubai, who discusses the film, the composer and gives a track-by-track rundown of the score.