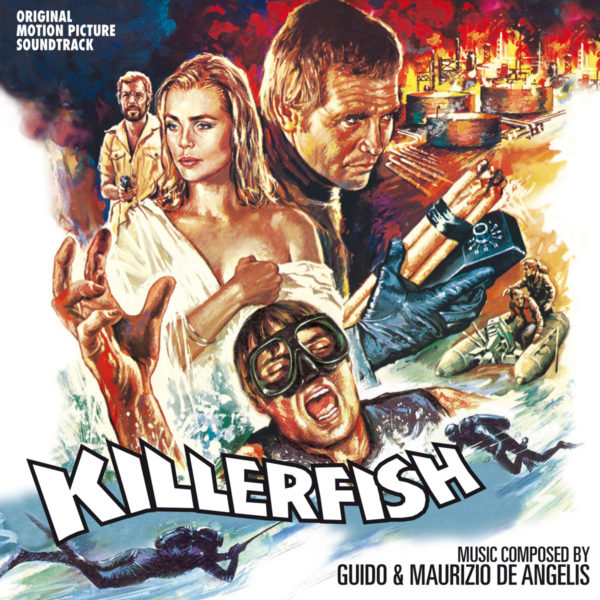 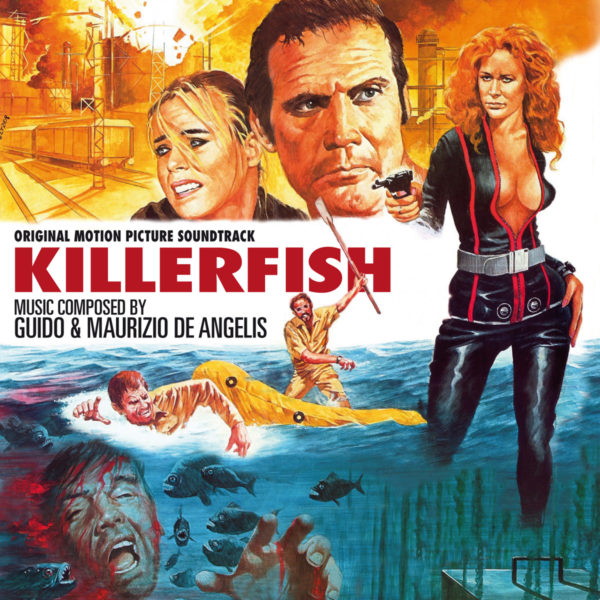 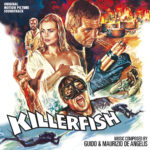 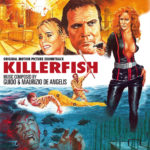 Produced by Alex (son of Carlo) Ponti, Killer Fish was clearly inspired by the success of Steven Spielberg’s Jaws and Joe Dante’s Piranha. The film stars Lee “Six Million Dollar Man” Majors and Karen Black as a couple of thieves who steal valuable diamonds which are eventually hidden in a lake. Their backgammon obsessed nemesis (played by James Franciscus) plants his own little trap and now the valuable gems are guarded by dozes of tiny killers – piranhas! Margaux Hemingway tags along for the ride as a supermodel whose Rio photo shoot accidentally tangles with the heist that will claim a few too many lives!

Collectors of Italian film music may need no further introduction of the De Angelis brothers whose work includes the Euro-hit “Santa Maria”, “Dune Buggy” from the comedy …Altrimenti Ci Arrabbiamo! (1974) as well as music from several other Bud Spencer and Terence Hill movies.  Their score for Killer Fish is anchored by the Amii Stewart theme song “The Winner Takes All” is played during the opening and closing credits while instrumental variations occur throughout the story. Stewart contributed another song to the soundtrack, but “Don’t Ever Let Me Hear You Say Goodbye” does not appear in the film in its vocal version. Instrumental variations of these two themes (“Welcome to Brazil”, “Diamonds”, “Margaux”) round out the delightful disco program – a well-recommended title for anyone who is into the unmistakeable De Angelis sound.

Killer Fish was previously released on LP by ATV, and due to the recording tapes are long lost, this CD premiere contains the same generous 35-minute program, which is almost all the music featured in the film. The 8-page full color booklet features liner notes by Gergely Hubai who discusses the film, the score and a couple of other small secrets by De Angelis brothers, such as a small musical joke hiding in the film.