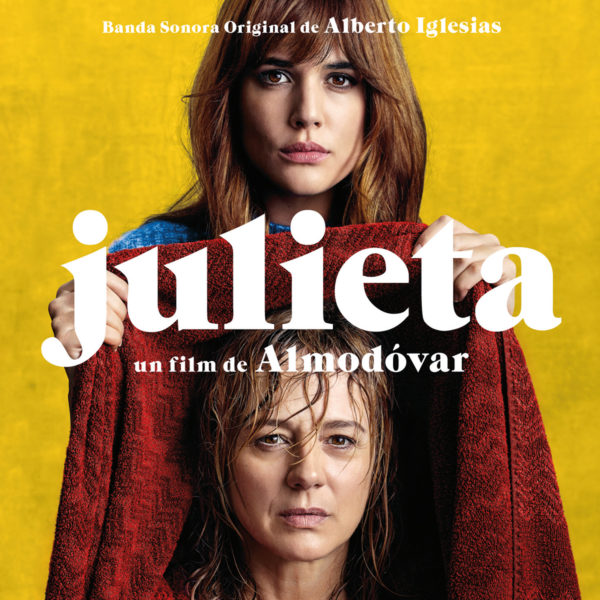 Quartet Records and El Deseo present the soundtrack album of the eagerly anticipated new collaboration between Academy Award-winning director Pedro Almodóvar and prestigious three-time Academy Award-nominated composer Alberto Iglesias (The Constant Gardener, The Kite Runner, Tinker Taylor Soldier Spy, The Two Faces of January). Julieta is their tenth film together, after twenty years of intense collaboration and worldwide success with such films as All About My Mother, Talk to Her, Volver and The Skin I Live In.

The film, based on three short stories by Alice Munro and starring Adriana Ugarte and Emma Suárez, is about Julieta, who lives in Madrid and has just lost her husband, Xoan. Her daughter, Antía, has just turned 18 and decides to run away without any explanation. Julieta tries everything she can to find her, but the only thing she discovers is how little she knows her daughter.

Alberto Iglesias has written an intense, emotional and moving score, with echoes of Impressionism and jazz. Recorded at Air Studios, London, under the baton of Robert Ziegler.