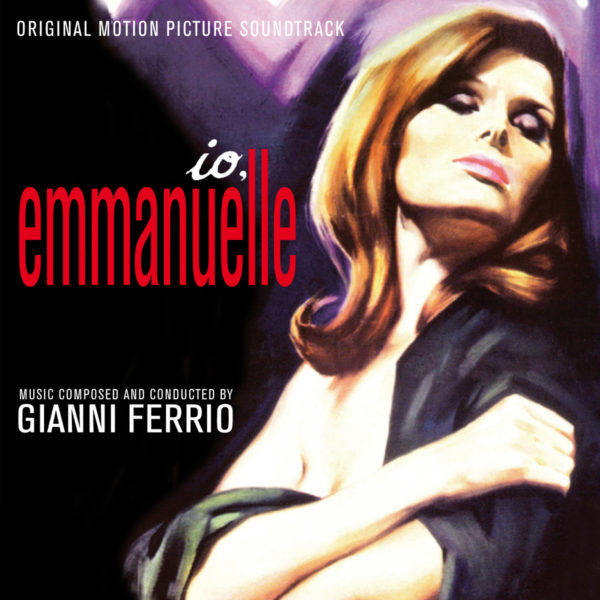 Io, Emmanuelle (also known as A Man for Emmanuelle) was made in 1969, five years before the first entry of the popular erotic movie – and is in fact have no relation to the famous franchise. This story is actually based on the story Disintegrazione 68 by Graziella Di Prospero who co-wrote the screenplay together with the film’s director, Cesare Canavari. The titular Emmanuelle is a neurotic woman who is looking for tenderness in all the wrong places. She tries to enjoy sex, but the men she sleeps with are all either crude, selfish or arrogant with no real interest in her beside the carnal pleasures. Over the course of the film, she reaches out to all kinds of strange people with often depressing results…

The music for Io, Emmanuelle is courtesy of Italian composer Gianni Ferrio, one of the lesser celebrated Italian composers of the Italian silver age. Much like the film itself, the music for Io, Emmanuelle includes a series of self-contained pieces, each tailor-made for the increasingly crazier encounters with men. From the blasphemous religious orgy of “Preludio” / “Profonditá” to bass flute solo of “Ricerca” during the lesbian bathroom encounter to the insanity of the militaristic “Caos”, every piece of the puzzle fits in nicely with Emmanuelle chequered love life. Every man Emmanuelle encounters receives his own musical insignia, a self-contained set piece tailor-made for each conquest.

The current CD recreates the original 13-track LP program, followed by five bonus tracks including the most important additions of them all – the actual theme song. Mastered by Claudio Fuiano, the package includes liner notes by Gergely Hubai discuss the film and the score.