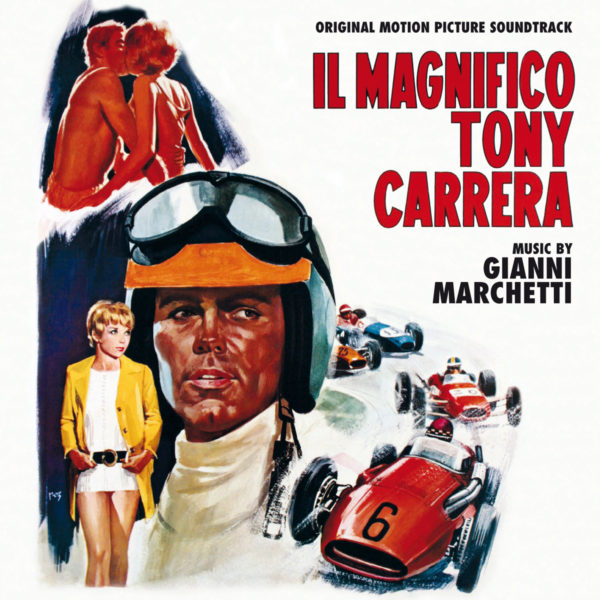 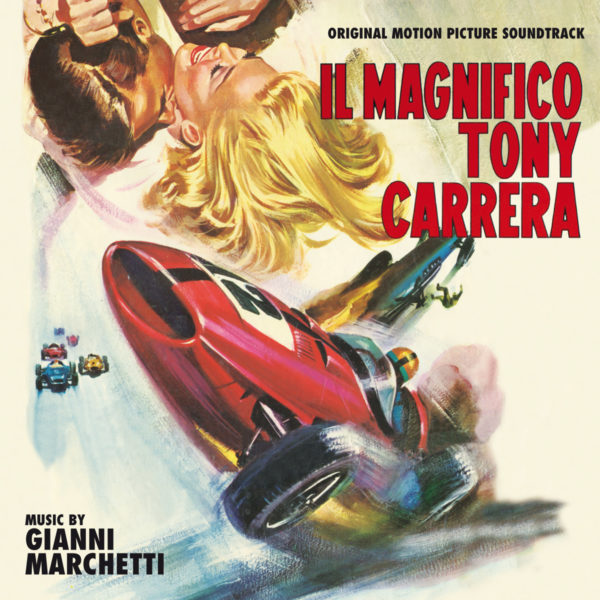 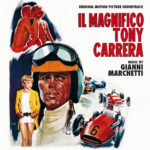 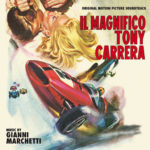 Directed by spaniard José Antonio de la Loma, Il magnifico Tony Carrera is a belated entry into the James Bond inspired Eurospy genre. This time the protagonist is not a master spy, but an international playboy / race car driver whose cat burglar skills are put to a test when he is hired to steal some compromising documents. When the loot turns out to be valuable confidential technology, the race is on to avert a disaster… Fun fact: the film was originally written for Roger Moore who would have made his return to feature films with this title following his stint as Simon Templar in television’s The Saint.

Like most of these Eurospy films, Gianni Marchetti’s music for Il magnifico Tony Carrera treads a careful line between overblown comedy satirizing the globetrotting and womanizing aspects of James Bond films, while it also aims to have a few legitimately tense scenes (such as breaking into the NATO building). The main theme for Tony has a cowboy twang with a memorable guitar theme and the occasional whistling lending an Italo-Western feel to the whole adventure.

This release marks the expanded CD premiere of the score – previous CAM LP issue are highly sought after collectibles. Mastered by Claudio Fuiano from first generation master tapes, courtesy by Sugar Music. 8-page liner notes by Gergely Hubai discuss the film, the composer and the score.