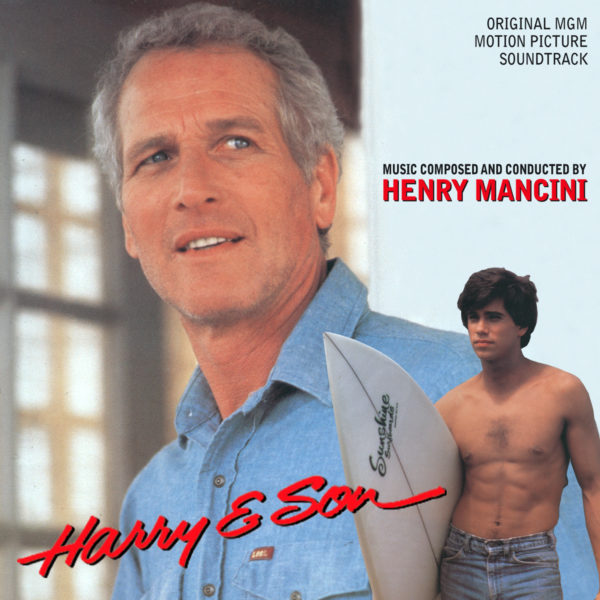 Quartet Records proudly presents the world premiere release of the Henry Mancini classy score for the 1981 Paul Newman movie. This film marked the third collaboration between Newman and Mancini after Sometimes A Great Notion (1970) and the TV movieThe Shadow Box (1980). A fourth collaboration would come in 1986 with the adaptation of Tenessee Williams’ play The Glass Menageire.

Paul Newman always considerer Harry & Son his most personal film as a director. The movie portraits the relationships and misunderstandings between an unemployed widowed father and his young son, who aspires to become a writer. In many ways, Harry & Son was a Paul Newman’s final song to his own deceased son just a few years before the film was shot.

Henry Mancini’s score is utterly emotional, benefiting from a thrilling melody in jazz style, one of his better, used as a leitmotiv to reflect the melancholy and solitude of both Harry (Newman) and his son Howie (Bobby Benson). With less than 20 minutes of music includes in the film, it is thanks to MGM’s well-vaulted tapes with the original recording sessions that we have been able to discover almost an hour of music written and recorded by Mancini for the film, intended as both an underscore and source music, including many themes not included in the final cut.

Due to the original stereo mix being lost, we have remixed each and every single cue out of the 2’’ 24-tracks session to include a number of alternate cues as well as a rare arrangement of the “Harry’s Theme” produced exclusive for promotional purposes.

The package includes a 20-page booklet with many color stills and liner notes by Daniel Schweiger.