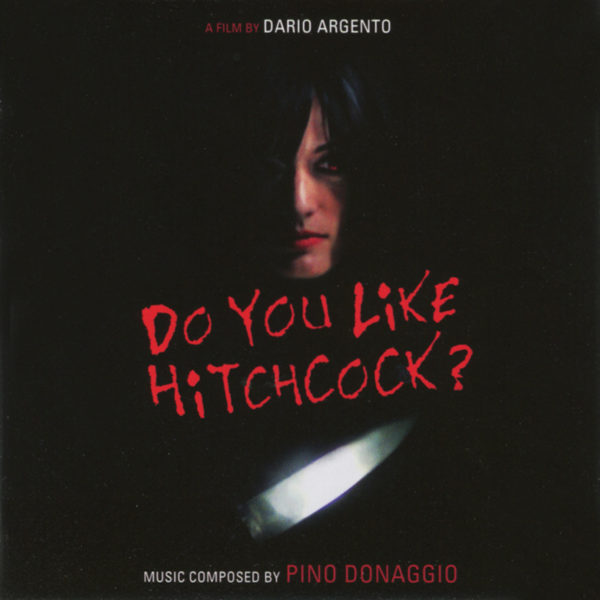 At last!. Quartet Records and Cinevox are proud to present the CD premiere of Pino Donaggio‘s terrific Hitchcock homage to Dario Argento’s television movie – Do You Like Hitchcock?

Giulio is a film student obsessed with German and Soviet cinema, but his passion for the films of Hitchcock will take him to the site of a grisly murder. Obsessed with his beautiful neighbor Sasha, Giulio is distraught to learn that the girl’s mother was slain in a gruesome murder that would fit in a Hitchcock thriller. Knowing that Sasha didn’t like her overprotective mother and she had just seen Strangers on a Train, our hero deducts that she made a switch and had someone else commit the murder – but this also means she will kill someone in return. Giulio launches a Vertigo inspired investigation on the streets of Turin and is shocked to learn that he was wrong – it was another Hitchcock film that inspired the plot! Can you guess which one?

Filled with dozens of references to Rear Window, Strangers on a Train, Dial M for Murder, Vertigo and even Marnie, Dario Argento’s foray into television is a nice exercise from the giallo maestro, exercising his skills while paying homage to his favorite director. Pino Donaggio’s score (his third for the director) is an exciting blend of Herrmann-inspired suspense and contemporary electronics, interspersed with seductive siren-like vocals for scenes of voyeurism. Performed by the Bulgarian Symphony Orchestra and conducted by Natale Massara, Donaggio’s music for Do You Like Hitchcock? is one of the best television scores to come out in recent years – it’s a shame it hasn’t been released earlier.

The CD includes the entire score, including Donaggio’s unused tribute to Vertigo called “Homage to Hitchcock”. Carefully mastered by Claudio Fuiano, the package includes liner notes by Gergely Hubai, who offer an introduction to the film and the score with comments from the composer – and including a track-by-track narrative discussion that will lead you to the end of the mysterious case!