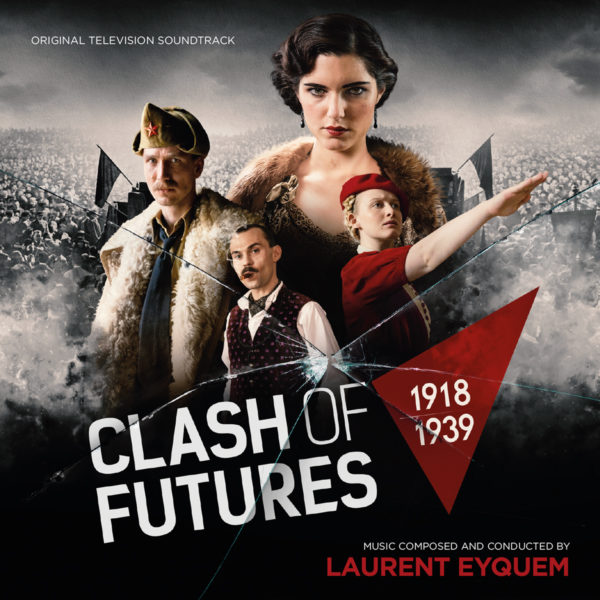 Clash of Futures is an eight-part series exploring the dramatic era of the 1920s and ’30s. It follows the fates of extraordinary men, women and children from France, Germany, Italy, Great Britain, Austria, Sweden, Poland and the Soviet Union using their own diary entries, letters and memoirs. These are people drawn into the war by their convictions, who with their loves and decisions bring the history of Europe with all its contradictions to life.

The trumpet is the symbolic instrument holding together the decade-spanning adventure. From the haunting sound of the Harmon Cup Trumpet to the solemn voice of the classic trumpet, it’s soulful sound takes us on a journey from the emergence of jazz in Europe at the end of World War I, to the ascendance of Nazism and Fascism, through to the military marches in 1939.

The score was recorded with the Berlin Film Symphonic Orchestra in the legendary Babelsberg Studio and the choir, heard in the final piece of the album, was recorded in Prague. The package includes liner notes by Gergely Hubai discuss the film and the score.