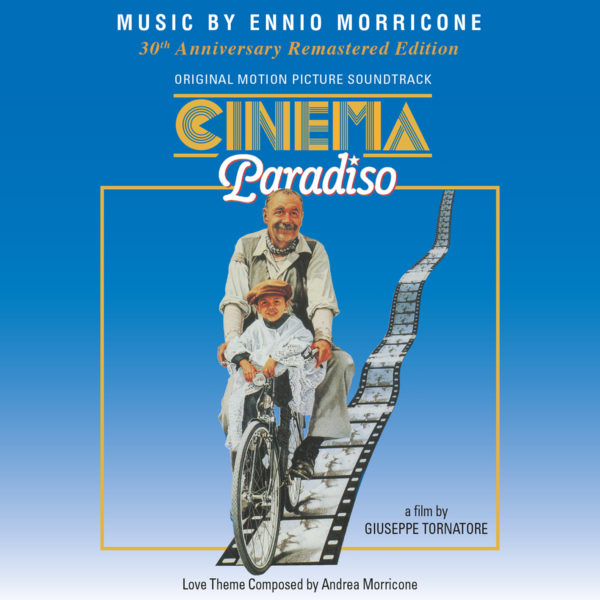 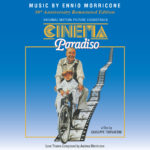 Quartet Records, GDM and EMI General Music Publishing present a 30th anniversary remastered edition of the timeless score composed by Ennio Morricone (A Fistful of Dollars, Once Upon a Time in America, Le due stagione della vita, The Hateful Eight) for the Academy-Award-winning Cinema Paradiso (Best Foreign Language Film, 1989), directed by Giussepe Tornatore and starring Philippe Noiret, Jacques Perrin and Salvatores Cascio in the role of Totó.

Morricone wrote for this film one of the most delicious, melodic and lovely scores of his long and impressive career. It is a true declaration of his love for cinema and Italian culture—featuring not one, but two gorgeous love themes, one of them credited to the composer’s son, Andrea Morricone.

A 38-minute album program of Cinema Paradiso was released in 1988 by different labels around the world (including Mercury in Italy, EMI General Music in France, DRG in the USA and SLC in Japan) and was a huge global success. In 2003, GDM released an expanded, nearly complete 54-minute CD supervised by Ennio Morricone. But many soundtrack fans were disappointed in this release: the sound came from different sources, the stereo channel was reversed in many tracks, the audio was compressed and there was an inherent hiss in the bonus tracks. Revisiting the score for this 30th anniversary, we returned to the first-generation master tapes, newly restored and mastered by Chris Malone, who has also addressed some imperfections that have been there since the original recording.

This anniversary reissue has been carefully produced by Claudio Fuiano and Dániel Winkler. The 16-page full color booklet includes liner notes by Gergely Hubai discussing the film and score.