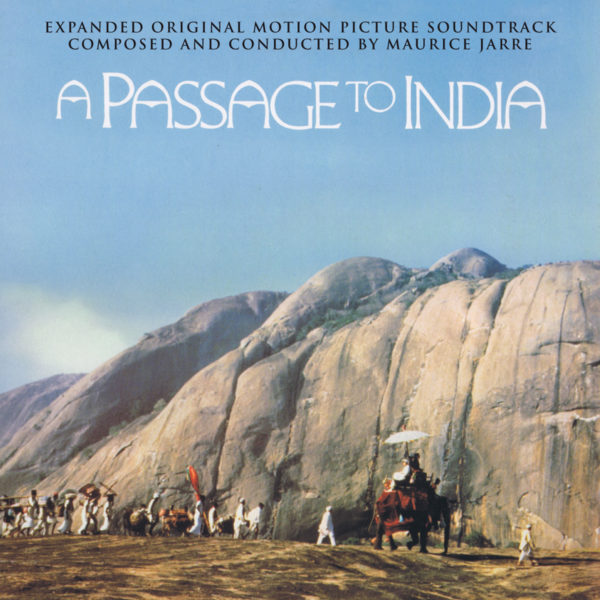 A Passage to India

David Lean and Maurice Jarre enjoyed a well-established and beloved director/composer relationship even though they made only four films together—but what magnificent films and scores they were! The music for Lawrence of Arabia, Doctor Zhivago, Ryan’s Daughter and A Passage to India earned Jarre three Oscars, and the scores are among the most recognized and iconic in movie history.

A Passage to India, based on an E. M. Forster novel, is set in India during the 1920s—the height of the British Raj. It explores the thorny question of British-Indian relations through the experience of a young British woman. Jarre’s score is based primarily on two themes, including one that on the surface is nothing more than a pop-styled foxtrot. The composer develops this material at greater length on the album than in the movie (which contains only about 20 minutes of music)—demonstrating a level of sophistication and artistry in keeping with the multi-layered nuances of Lean’s film.

The album has been expanded by about 20 minutes from the original Capitol release. It features the complete score that Jarre prepared for the film, including many cues that were not used in the final cut (such as the music Jarre composed and recorded for the Marabar Caves sequence), as well as an alternate main title and a lot of exotic Indian music composed by Jarre in the same style as The Man Who Would Be King.

Powerfully performed by the Royal Philharmonic Orchestra under the composer’s baton, this release has been fully remixed and mastered from the original 24-track session tapes by Gareth Williams, and we can say that it has never sounded better. Produced by James Fitzpatrick from Tadlow Music for Quartet Records, the package includes a 20-page booklet with liner notes by Frank K. DeWald and James Fitzpatrick.

(Remixed and Remastered from the Original Multi-Track Session Tapes)