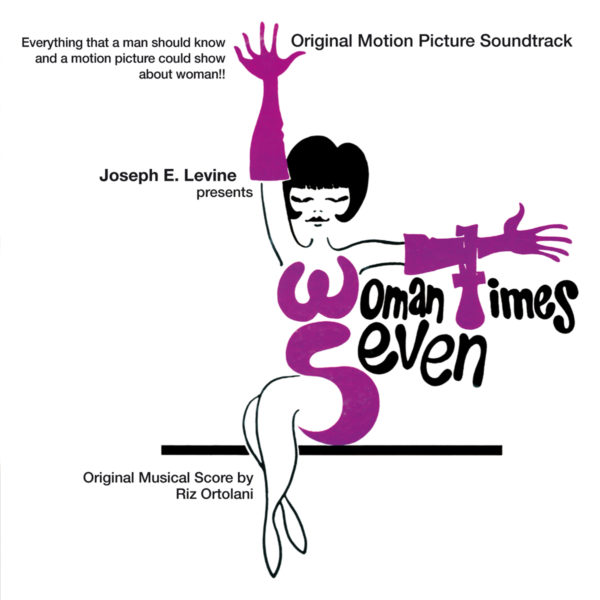 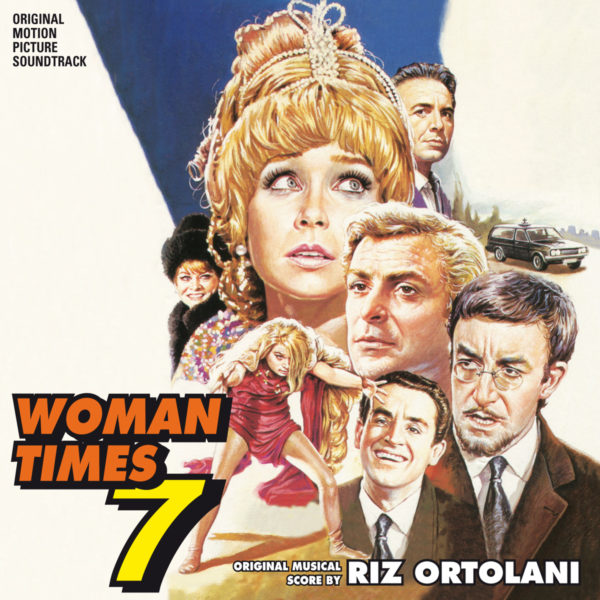 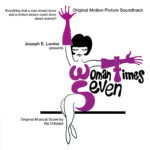 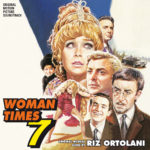 Produced by Joseph E. Levine and directed by Vittorio De Sica, Woman Times Seven (1967) was an American/Italian/French co-production starring Shirley MacLaine as seven different women in seven unrelated stories. During the various vignettes, MacLaine got to play mousy housewives, free-spirited hippies and hysterical divas opposites such acting greats as Peter Sellers, Alan Arkin, Michael Caine and Philppe Noiret. Changing her hairdo with each now role, Shirley MacLaine received a Golden Globe nomination for this underappreciated comedy where the only common thread is that love can make you crazy.

The elegant score by Riz Ortolani builds upon two major themes and several memorable source cues. Instead of penning a ditty pop song to open the movie, Ortolani unleashes a magnificent orchestral theme to lend gravitas to the project and estabilish it as a film that’s more than the sum of its parts. The two recurring love themes offer sympathetic accompaniment to the women, especially during the heartbreaking last segment while MacLaine must face her feelings while a handsome stranger is following her. The score is rounded out with a hilarious funeral march and a cool party song.

The album contains the same program of the original Capitol LP, accompanied by a richly-illustrated booklet with liner notes by Gergely Hubai discussing the film and the score.